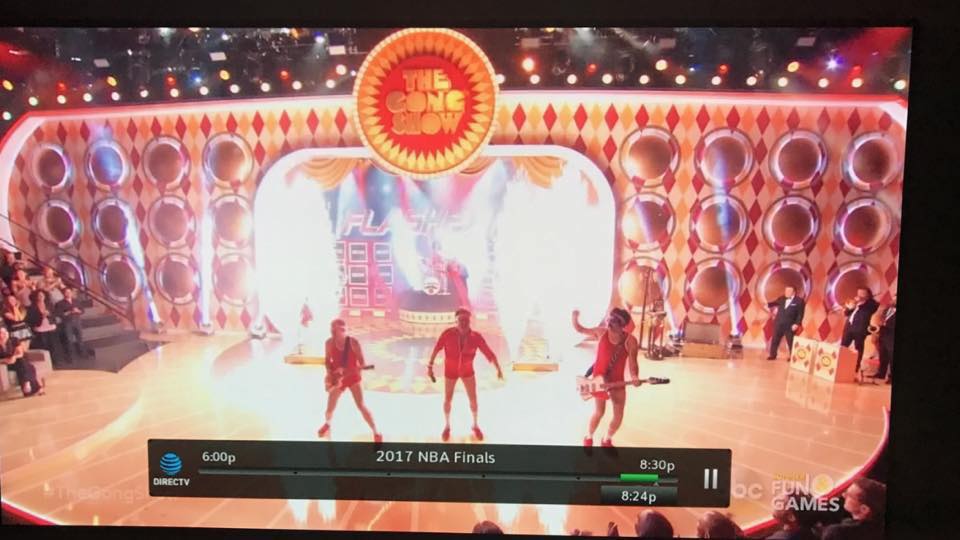 Orange County’s Best Live?Band, FlashPants (as voted by OC Weekly Readers Choice Poll 2 years in a row),?will be featured on National TV for the SEASON FINALE of?The Gong Show, airing Thursday, September 7, 2017 at 10pm Pacific Time on ABC – Set your DVR’s or better yet, come out to?Rems Lounge?in Placentia for the viewing party and hang out with your FlashPants Family!

CLICK HERE to see the event invite and be part of the action!

Here is a photo of a screen shot, from a Gong Show commercial which aired during the 2017 NBA Finals, which briefly featured a clip of FlashPants.

Be sure to stay tuned for more videos and images from the show, as they are released.

Here’s a video of what our Private House?Parties look like:

Want a PRICE QUOTE?for your event? CLICK HERE! – Wanna come to a FlashPants Show? Check our?Calendar to see where we?ll be next?OR book us for your?Party,?Corporate Event,?Wedding, Charity Fundraiser or backyard bbq to have the funnest time ever!